The Black Demands of 1969 created a pathway for future generations of Beloit College students to gather on topics regarding race, community, and inclusion. There was a revival in frustrations and demands in the 1980's and 1990's. 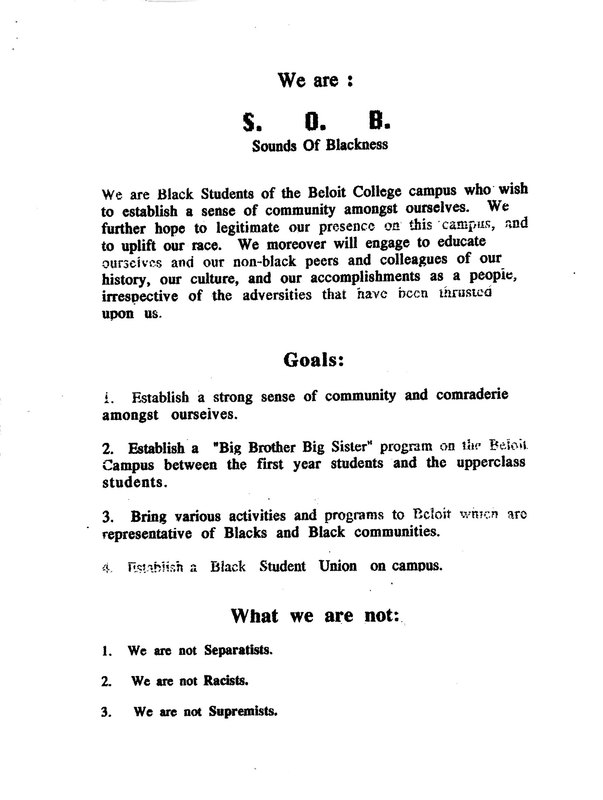 Goals to Beloit College provided by the Sounds of Blackness

These goals included creating  a strong sense of community among the black students, establishing a "Big Brother" program among first year students and upper classmen, bringing activities and programs that are representative of black communities, and starting  a Black Student Union on campus. They wanted to educate themselves and their non-black peers on the history, culture, accomplishments, and adversities they faced as a race. 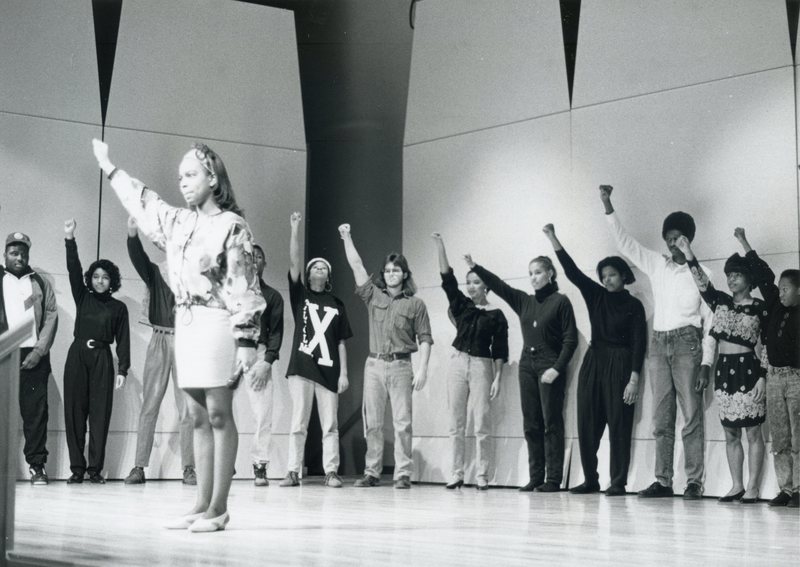 Black Students United celebrate their black heritage with the performance of "Black Reflections," written by students and performed in Wilson Theater in April of 1992 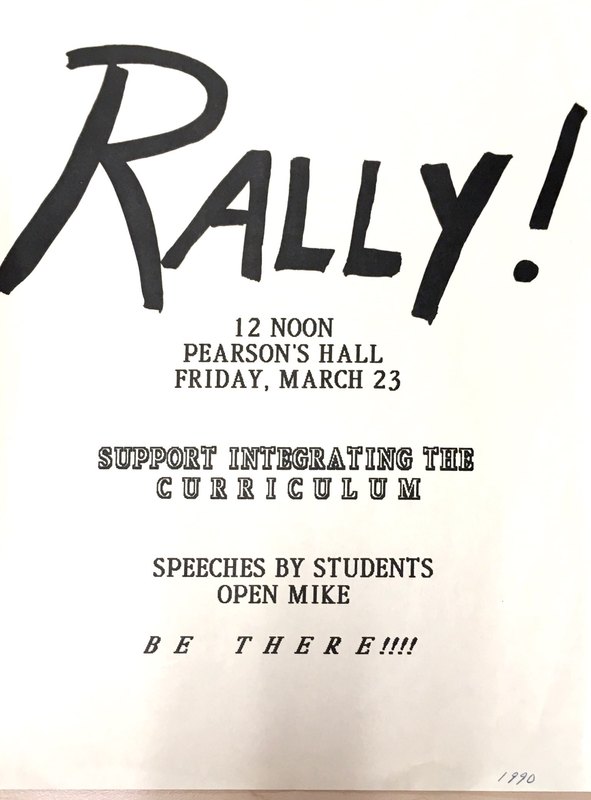 Poster for the integrated curriculum rally at Pearsons Hall

There was a resurgence of demands and protests from students in the 1990's. Black Students United was formed and continued the Black Demands of 1969 by forming a new list of demands to the college.

On March 23, 1990, 300 students gathered in front of Pearsons Hall to rally for an on-campus group called Students for an Integrated Beloit College Curriculum. The students' main demand was for professors to teach and use works by scholars of ethnically diverse backgrounds to provide a complete education to students.

On October 12, 1994, the Black Students United presented a new list of demands to the college. These included that black students should be refunded their student activity fees, the school should hire a black professor, a black speaker should come to campus every year, admissions should recruit 20 black students for each new class, Res Life should make one tower in Wood a BSU house, a black-oriented course should be taught by a black professor every year, and Financial Aid should provide 5 scholarships for black students in need.

Some of these demands were eventually met. A tower in Wood did become a house for BSU. George Williams, Professor of Art, and Debra Majeed, Professor of Religious Studies, became the first black tenured-track professors in the history of Beloit College. 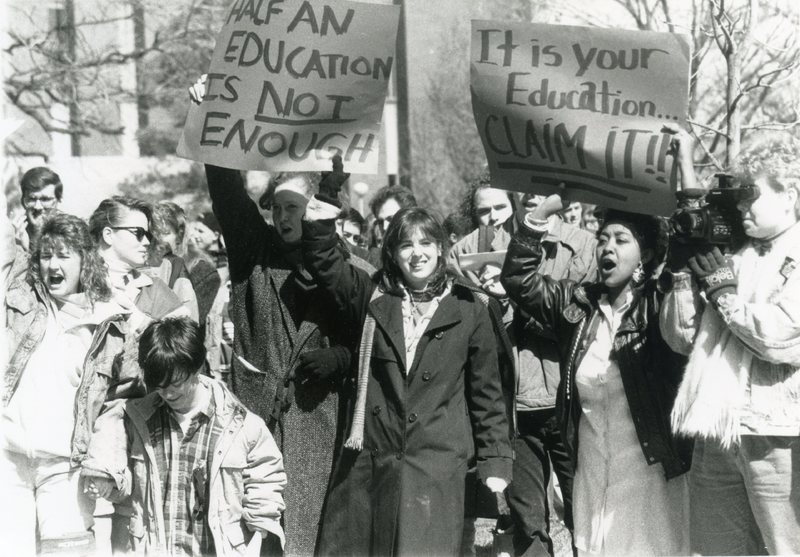 Students of different backgrounds gather to protest the Beloit curriculum, 1990