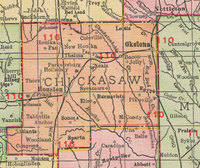 This exhibit was created by Beloit College students, including Lauren Woolf'21.